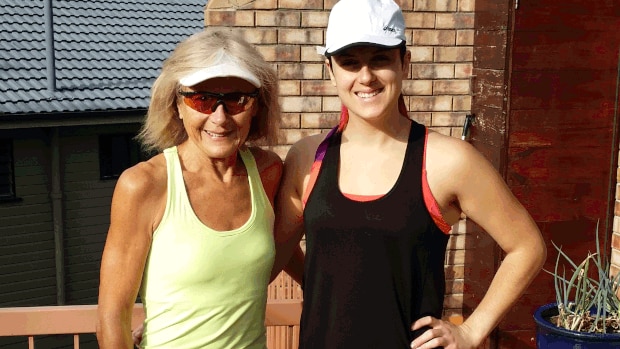 The late Bernie Portenski and her daughter Marie-Jo Portenski pictured together in 2014.

In 2016, champion marathon runner Bernie Portenski was training for her 34th consecutive Rotorua Marathon when she collapsed in pain.

Instead of running the marathon three days later, she was fighting for her life against ovarian cancer. She died in February last year.

Two years on, her daughter Marie-Jo Portenski and her family have unfinished business at the Rotorua Marathon this Saturday. They are running it for Bernie.

This year, Marie-Jo (MJ) and a group of cousins, aunts and uncles are going to finish the job and make it marathon number 34 for Bernie.

It was a plan hatched in Mary Potter Hospice in Wellington, where Bernie spent the last weeks of her life. Bernie was excited about finally getting MJ into running and wanted the family to raise funds for the hospice.

“I needed something for her to get excited about, even though she wasn’t going to be here for it. I never was a runner. She was trying so hard to get me out. It was definitely her passion.”

This will be MJ’s first marathon, until now the furthest she had run was 10km, but she has been there on the sidelines for her mum.

In 1990 Bernie ran the Rotorua Marathon when she was four months’ pregnant with MJ. In 2014, Bernie ran 65km on her 65th birthday and MJ joined her for the last 10km.

Bernie, who discovered running when she was 30, ran 114 marathons. She won the Auckland Marathon, the Christchurch Marathon, and won her age group in the New York Marathon, all in the space of two weeks during 1998.

She represented New Zealand at four marathons in Perth, Seoul, Milan and Los Angeles, as well as at the Ironman World Championships. She was named Wellingtonian of the Year in 1998.

It used to be MJ who would shout encouragement to Bernie along the way and remind her of the “ABCs” – attitude, breathing and concentration. This time MJ will be saying them over and over to herself as she runs.

“It’s going to be a very emotional day,” she said.

MJ, and a team of family members will be wearing Bernie’s trademark pink gloves and the yellow singlets of her Scottish Harriers Club, while running the marathon or forming the support crew.

They have set up a Givealittle page for donations to Mary Potter Hospice.

“In the spirit of Bernie’s generosity we would like to raise funds for the hospice in keeping with her wishes and in thanks for the wonderful care they gave Bernie, her family and continue to give many people in the Wellington region.” 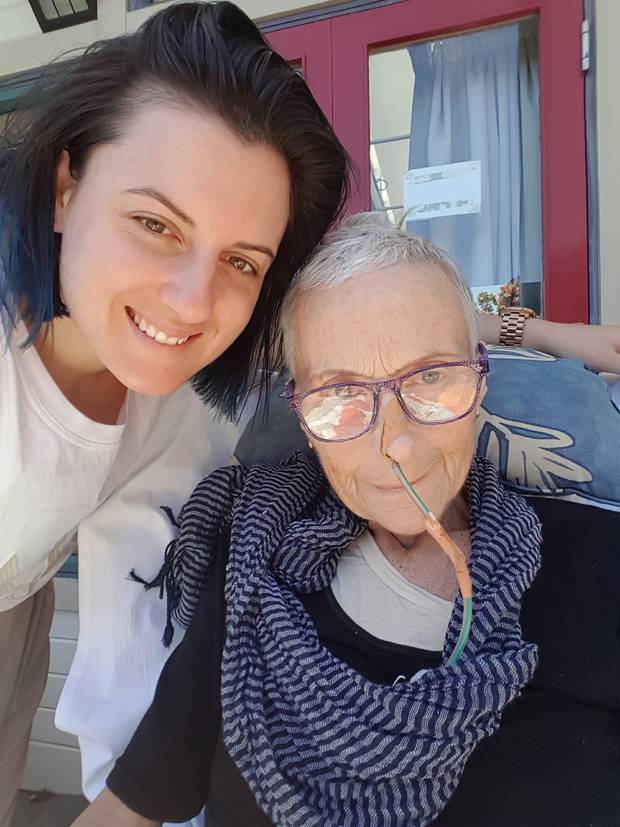 Bernie Portenski (right) with her daughter Marie-Jo at Mary Potter Hospice in January, 2017.

MJ said when chemotherapy failed to stop the cancer and Bernie moved into the hospice, she could finally relax and focus on her family and the time she had left.

“It was just an incredible experience that leaves me lost for words. The hospice changed my perception of death.

“She knew she was in good care. She knew that we were being looked after. That was what she was worried about.

Bernie, who was always the life and soul of the party, made sure the good times continued.

“We had guitars and we were all singing at night and mum would say bring the wine and cheese like we did at home. It was an incredible experience that has helped me to grieve,” MJ said.

To donate to Mary Potter Hospice in memory of Bernie Portenski, go to https://givealittle.co.nz/fundraiser/bernies-pink-gloves