For over 30 years, The Sutherland Self Help Trust has been generously supporting Mary Potter Hospice. Established in 1941, the Sutherlands – who owned and managed New Zealand’s first major grocery store chain – wanted to create a fund which would continue to help community welfare in New Zealand. Since then, over $30 million has been donated to community projects across the country – including over $800,000 to Mary Potter Hospice. 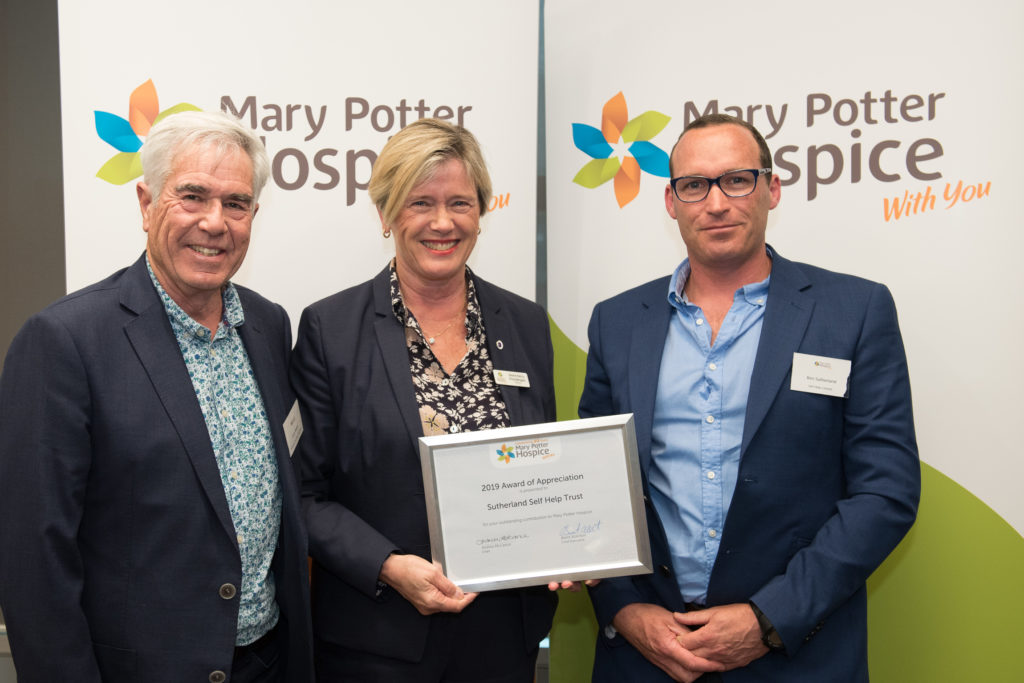 Ben Sutherland, who helps manage the Trust, says the work the Hospice does is vital. “The Hospice is there to support people in what is an important part of people’s lives. That does not just involve the physical aspect of looking after people but also mental support. It is a very holistic approach.”

While long financial supporters of the Hospice, Ben’s family also have a personal connection to the Mary Potter. His father Graeme received care from Hospice staff in 2011. “Dad was being looked after at home, but his pain was getting worse. When he was moved to the Inpatient Unit it was very comforting. For him, I think he was relieved. He looked and sounded better he wasn’t worried about the toll his illness was having on us.”

Being able to see his father relax was a considerable help to Ben and his wider family. At the time, Ben was living a short walk from the Hospice and would make the quick walk to Mein Street to see him. “Even though I lived so close I was able to stay the night with him. The staff were always welcoming and extremely supportive.”

The money donated by the Trust since 1989 has been used to help build the Inpatient Unit, upgrade kitchens and fix the roof. In 2012, a generous gift was given by the Trust to ensure the Hospice’s palliative care staff were well trained. More recently, the Trust has donated $75,000 to help with the construction of Te Whare Rānui – the Hospice’s Porirua base. This included a $25,000 grant in memory of as former Trustee Wayne Chapman. The Trustees support for Te Whare Rānui was down to a number of reasons, Ben says.

“That there is an obvious need for a base in Porirua. A place where families and patients can be supported closer to home. Another reason, which is related, is about location. When Dad was in the Inpatient Unit there were other patients whose families had to travel a long way on public transport to be with them. This hub will be able to provide care for people in their own community, and often in their own home.”

With the completion of Te Whare Rānui expected in 2021, Ben says the Trustees are looking forward to seeing the work Mary Potter Hospice does in the future. “Nobody wants to lose a family member. But knowing the Hospice is there is a huge relief and support at such a vital time in people’s lives. It is very important work.”